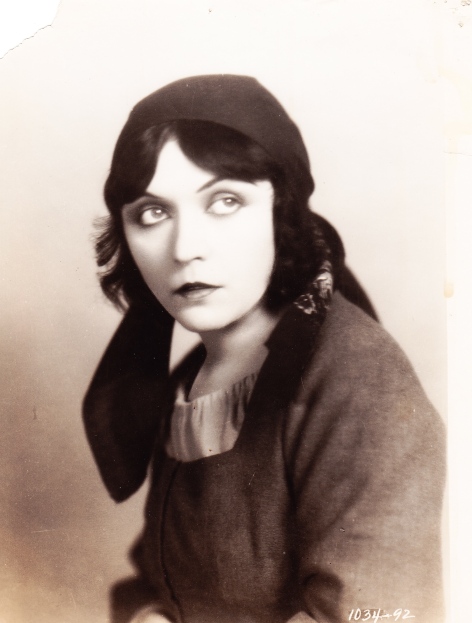 A wonderful portrait of Miss Negri from the still-extant “Barbed Wire,” Paramount, 1927.

It’s a bit of an odd picture.  The sacrifice and heroism displayed in the name of patriotism in “Hotel Imperial” appear again here instead in a far more pacifist context.  Miss Negri’s performance here shows her mastery of emotion in silent movie acting, but the picture itself is marred by a curious ending that comes across as preachy rather than logical and winds up as one apple too many on an already overloaded cart.   Miss Negri states in her autobiography that the picture was a big hit on its initial release but quickly faded upon word of her surprise marriage to “Prince” Serge Mdivani.   It would be the last film where her reviews were mostly positive.